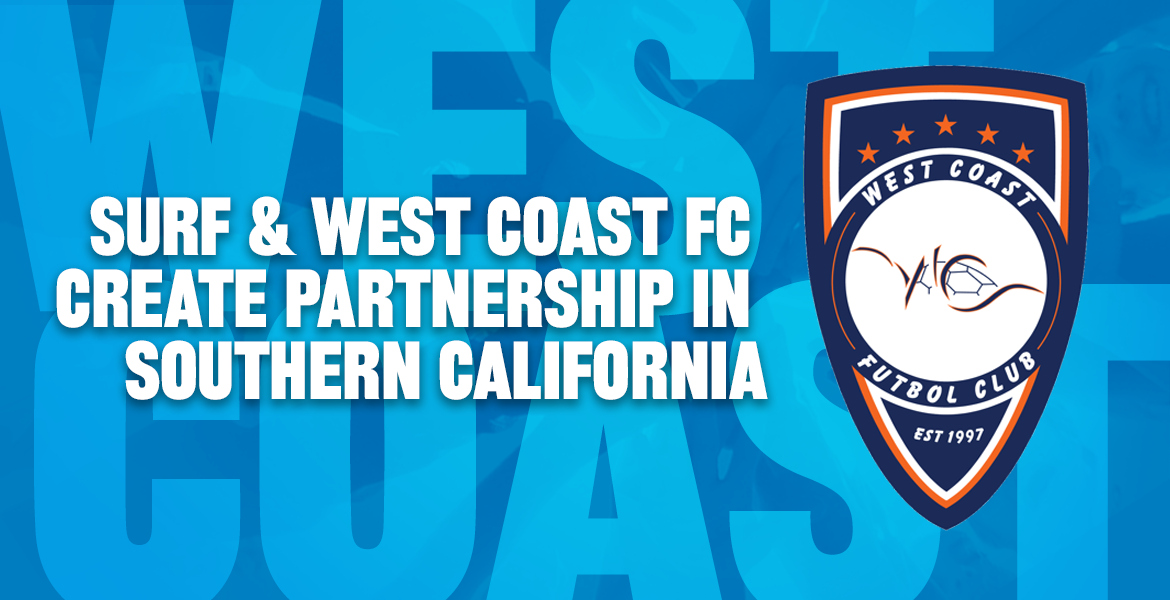 WCFC remains an independent club under the leadership of its Board of Directors and GM Mike Higgins  and operating out of Orange County, CA. Every WCFC athlete will wear the Surf Nation patch and WCFC will have full access to the Surf Nation Community, administrative and marketing tools.  All WCFC athletes will have access to the Surf Select Program, our exclusive nationwide player identification and development program within Surf Nation.  2020 Surf Select opportunities for WCFC athletes include the Northern Ireland Super Cup, a West Coast Select Camp and a Surf Select team placement in Surf Cup.

“Surf has always been a leader in youth soccer.  Establishing strategic partnerships with national powerhouse clubs like Match Fit and West Coast Futbol Club is the next evolution in our drive to bring mission aligned organizations into a single community working together to improve youth sports”  said Brian Enge, CEO of Surf Cup Sports.

West Coast Futbol Club was started in 1997 has won 5 national championships and been an important part of the SoCal landscape.  Enge added, “We think the SoCal soccer landscape is stronger with both the Surf and West Coast brands”

“ I am exciting to see the West Coast FC and Surf relationship continue to evolve and grow stronger.  We feel that along with what Surf Nation brings to the table for our players we will be able to expand that and continue to offer exciting experiences and opportunities for our athletes” Said Oliver Wyss founding member of West Coast Soccer Club and current President of Soccer and GM of the USL’s Orange County Soccer Club.

For over 42 years, Surf has been one of the founding organizations in youth soccer.  With over $7 Million in charitable donations, 11 national championships, and countless professional, collegiate and youth national team players we are forever striving to be the “Best of the Best.” New Jersey Surf joins San Diego Surf and the 30 Surf National Partners to comprise what we’re proud to call Surf Nation.

No comments to show.