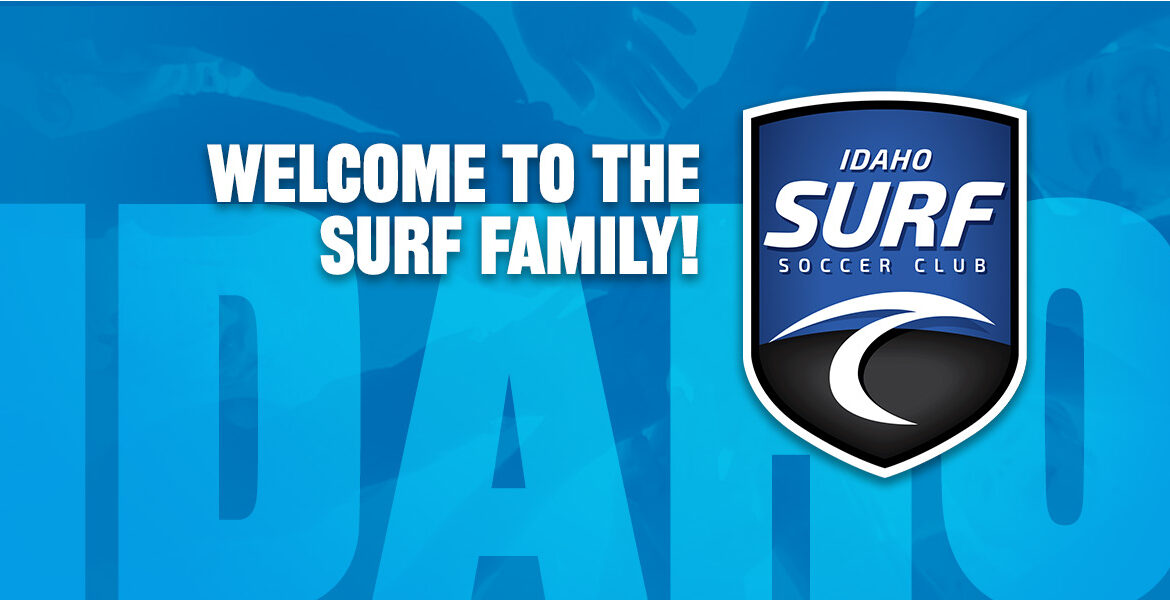 Surf Cup Sports (San Diego, CA) is proud to announce our new partnership in the state of Idaho; Idaho Surf Soccer Club. Under Executive Director Shawn Watts and Director of Coaching Elmer Chacon – both Southern California natives – Idaho Surf will be holding tryouts and forming teams for the 2020 season. Idaho Surf is devoted to solidifying the best in player development and creating a strong player pathway in Idaho and joining Surf provides them a clear opportunity to fulfill that mission.

Boise, and Idaho as a state, are rapidly growing and becoming increasingly strong soccer markets as athletes from the West Coast relocate with their families. Drawing on his experience playing (LA Galaxy, Chivas USA, and Colorado Rapids) and coaching (USSF “A” License and Coaching Educator for US Soccer Federation) – Watts saw an opportunity to bring something new to the Idaho soccer scene in order to bring unique opportunities to players through the new Surf affiliation.

“The opportunity to bring the Surf brand, mission, tools, and community to our players and families is something really special that no one else is able to replicate in this market. Coming from the environment that I’m used to in Southern California, this transition makes sense from a developmental and competitive standpoint. Surf is the most respected and successful youth club in the country, so to have an opportunity to join Surf Nation was a no-brainer for me,” he said.

Elmer Chacon has a strong history of coaching in Southern California. A two-time National Champion assistant coach with Slammers Huntington Beach, Chacon was most recently the Director of Coaching for Southern California Rush. He is excited to bring his talents to this emerging market and to build unique programming in the Boise area alongside Watts.

“Coming to Idaho and having the opportunity to work with Shawn Watts to be a part of a nationally recognized club like Surf, is something that I can’t wait to get there and get to work. With the ideas and vision that Shawn has for me as the Director of Coaching and Idaho Surf, there is no doubt that this club will be the best and most decorated club in Idaho and hopefully the Pacific Northwest.”

This is a new venture for Surf, not only in a new market, but also investing in a club that is starting from scratch.

“This is a very unique opportunity where we’re betting on motivated and highly qualified individuals in an emerging market and giving them the brand, the tools, and the community to build something special. Surf Nation is all about the people running the clubs. We trust them to carry out the Surf Mission of providing experiences and opportunities for young athletes – and we help them achieve it. In the time we spent getting to know Shawn, we’re very excited to have him in our network and to impact as many players in Idaho as we can, as a team,” said Chris Adams, Director of Affiliate Partnerships for Surf.

However, with the support of Surf’s infrastructure and tools, Idaho Surf will have resources that take other clubs years to develop on their own. “Idaho Surf” will be able to take advantage of improved player opportunities, coaching collaboration, administrative tools and marketing support – all which allow them to spend more time developing players and winning teams,” added Adams.

“The standard in Idaho needs to be higher for everyone involved, and players need to see what competing outside of the state of Idaho really looks like. This gives us a platform to truly change the landscape for youth soccer here in Idaho and I couldn’t be more excited to be a big part of that,” Watts added.

For over 42 years, Surf has been one of the founding organizations in youth soccer.  With over $7 Million in charitable donations, 16 national championships, and countless professional, collegiate, and youth national team players we are forever striving to be the “Best of the Best.” Idaho Surf joins San Diego Surf and the 23 Surf National Affiliates to comprise what we’re proud to call Surf Nation. 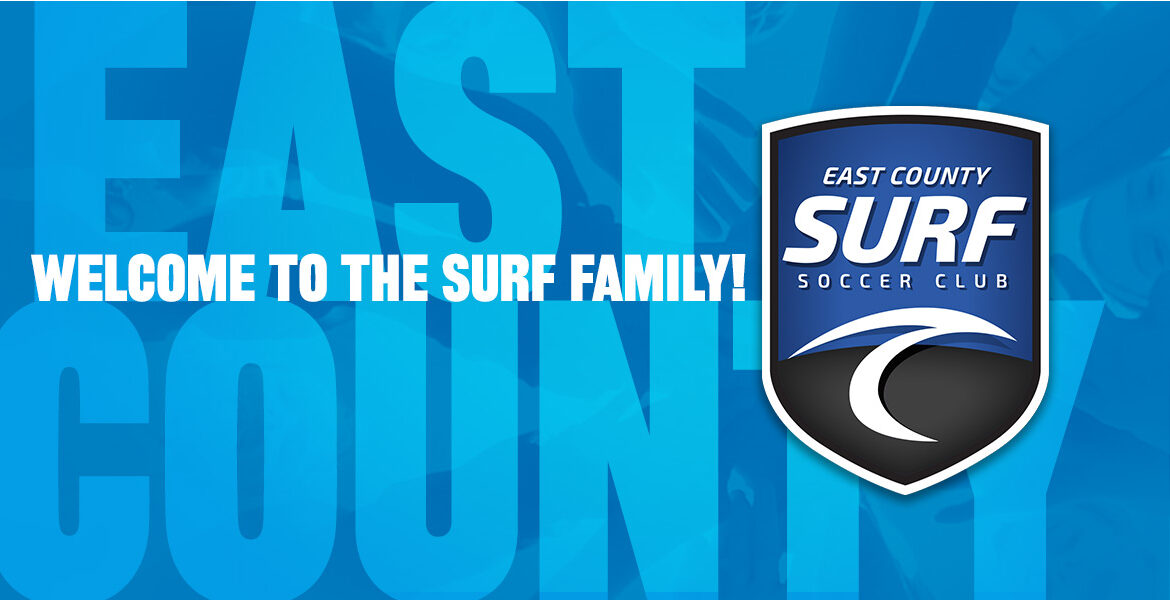 Liverpool SC will rebrand their club to East County Surf Soccer Club. The club will play the remainder of 2019 as Liverpool SC but will be fully integrated into the Surf Brand by the start of the 2020 Season.

East County Surf is focused on relentlessly cultivating the quality of soccer in East San Diego County. Their immediate vision is to unite the best coaches, players and personnel under the programs and pathways that East County communities deserve. Aligning with Surf provides them a clear opportunity to fulfill those objectives.

East County Surf will remain an independent club but will work closely with San Diego Surf and the other Southern California Surf clubs to build elite development programs for their players and coaches. This partnership will offer East County Surf unmatched access to top level programming in San Diego and nationwide network resources.

“East County Surf is a perfect partner for us, they share the same dedication to Surf’s mission of creating the best opportunities and experiences for their players. Our new partnership allows us to provide them with the tools to continue to grow their club and to expand on this mission while offering an elite programming pathway within San Diego,” said Surf’s Brian Enge.  Added Enge, “Surf Cup Sports is committed to building an authentic network of partner clubs in San Diego and throughout Southern California and the team at East County Surf fit perfectly into our community.”

“While overflowing with talent, the larger East County soccer community has been underserved for decades. Because no true leader has emerged, our families are forced to commute great distances to larger clubs” said Jason Aldous, Director of Coaching at East County Surf. “Our affiliation with Surf will now eliminate that need. It is our singular focus to rise up, set a new precedent and reshape the perception of soccer in East County.”

“Reinforced with this partnership, we will continue to grow and improve upon the ideals our club was founded on,” said Cathy Gabrielson, Board President at East County Surf. “Under the continued leadership of our phenomenal board and staff,” Gabrielson adds, “we will remain steadfast in our commitment to develop both the person and the player, now greatly enhanced by our affiliation with Surf.”

“As our Surf Affiliate Program continues to expand, it’s important that we partner with organizations that are run by likeminded Coaches and Administrators as they are dedicated to our mission to provide the best of the best experiences and opportunities for their athletes” said Chris Adams, Director of the Surf Affiliate program.

For over 42 years, Surf has been one of the founding organizations in youth soccer.  With over $7 Million in charitable donations, 16 national championships, and countless professional, collegiate and youth national team players we are forever striving to be the “Best of the Best.” San Antonio Surf joins San Diego Surf and the 20 Surf National Affiliates to comprise what we’re proud to call Surf Nation.

No comments to show.