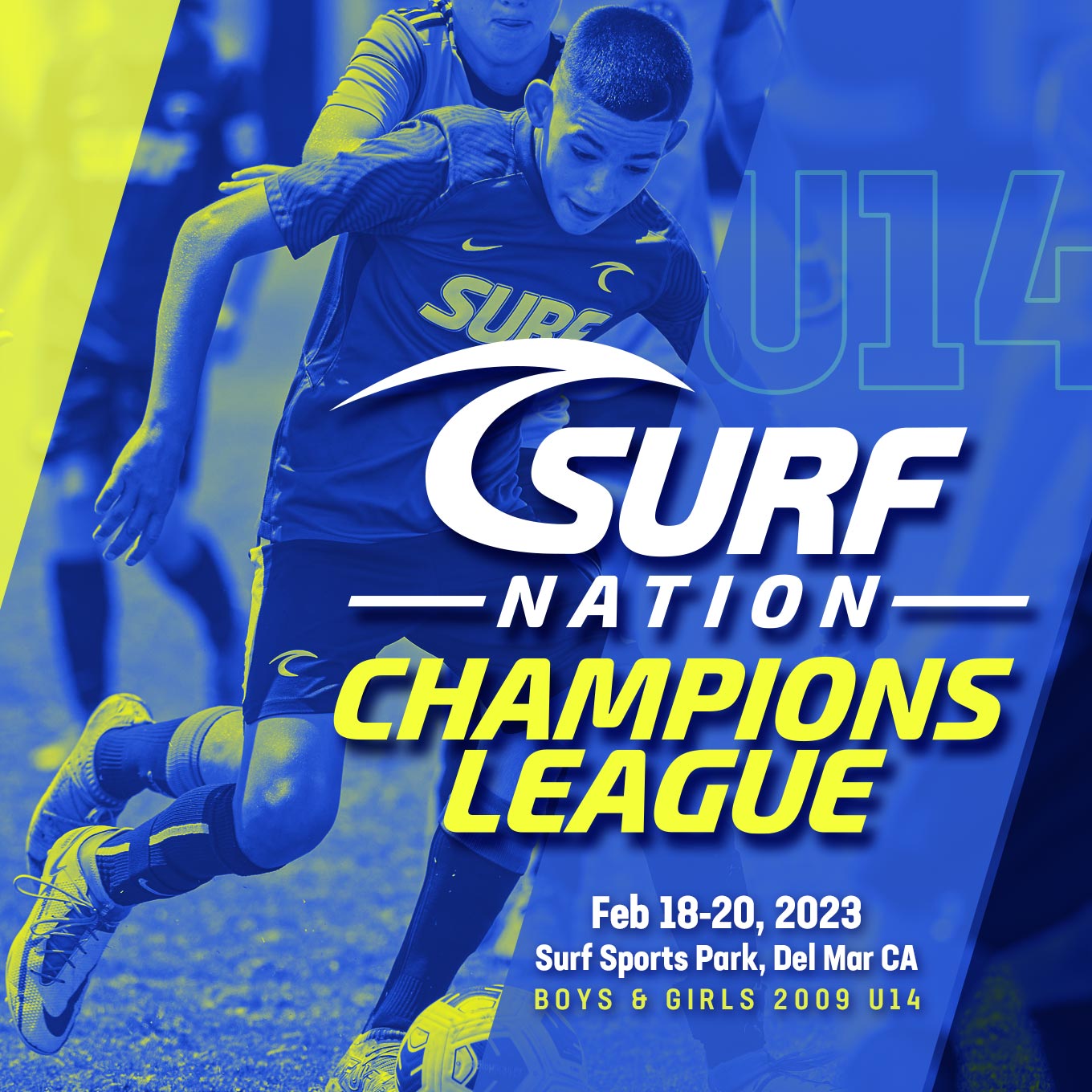 We are thrilled to announce Surf Nation Champions League 2023 Tournament! This is a Surf Nation ONLY event and will be held February 18-20, 2023, in San Diego, CA.

Surf Nation, we’re excited to bring our U14 teams annually to San Diego to compete Surf vs. Surf! Surf Nation Champions League event is open for all 2009 Boys and Girls top Teams across Surf Nation and will be used as the identification process to represent Surf Select at these age groups in 2023.

Surf Nation Champions League has the potential to be the best in the country, given the quality we possess within our community! For those that have been following the Surf Select journey this summer to see our brand competing against Man Utd, Rangers, and the Republic of Ireland shows, we continue to drive home the Surf mission and are all part of something very special!

This is just another great step within our Surf Nation program! We look forward to seeing our 2009s this winter in San Diego!